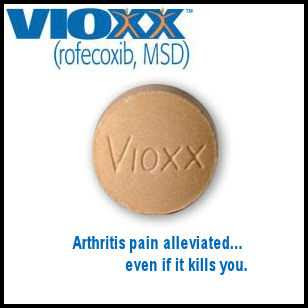 By David Roybal
For the Journal
Was it by happenstance or design that Texas was the setting for the first jury trial against the makers of painkiller Vioxx, a trial that ended earlier this month with a $253 million judgment against pharmaceutical giant Merck?
We're told the award likely will be reduced, but even then it would stand at tens of millions of dollars should the case survive on appeal.
It raises a second question: Might the huge award affect an entirely different set of drug liability cases nearing trial or under settlement negotiation in New Mexico and elsewhere?
The Vioxx award was to the widow of a 59-year-old Angleton man who had taken Vioxx for eight months and died after a heart attack.
For a while now, Texas has been among states widely considered to be generous toward plaintiffs in civil suits.
"Bunk!" replied researcher Stephen Daniels while working for the American Bar Foundation. Daniels' work was reported on by the magazine Texas Lawyer.
"Everything is thought to be bigger in Texas," the magazine reported, and people across the country have come to relate Texas with "mega verdicts." The article acknowledged that jurors in some counties, like Jefferson and Matagorda, have been quite generous. But mostly Texas jurors have been stingy, it asserted.
Daniels concluded that "swashbuckling" lawyers and others had convinced Texas lawmakers that jurors there are out of control.
Maybe so. Still, big product liability cases have a way of showing up early in Texas courts. In 2003, A Brownsville jury awarded an $18 million judgment after finding that the Ford F-150 Super Cab had a defective roof structure. A Laredo jury in 2004 awarded $9.4 million after saying Sears, Roebuck & Co. was guilty of malice in a tire service case. Earlier this year, a Zavala County jury found the 2000 Ford Explorer to be defective and awarded $31 million.
Mississippi jurors have a similar reputation for generosity.
Substantial jury awards can spur companies to settle other related suits without trial, whereas lawsuits that are rejected outright or lead to only small jury awards tend to get remaining plaintiffs to think twice about the rigors of court.
Diet drugs Fen-Phen and Redux were much in the news only a few years ago after a study by the Mayo Clinic linked the drugs to potentially fatal heart-valve damage. The drugs were recalled and thousands of lawsuits were filed across the country.
In 1998, one of the first cases went to trial in Texas, where a jury awarded the plaintiff $23.4 million.
Mississippi got another one of the early cases. That one ended in 1999 with $150 million awarded to five women.
Seeing substantial judgments going against it early, the drug manufacturer now known as Wyeth Pharmaceuticals offered $3.75 billion to settle a nationwide class action lawsuit. Many took the offer; many did not and continued pressing for their day in court.
New Mexico was to be another early battleground against the diet drug maker. But settlements and a 2003 defeat in a Santa Fe district court sent high-profile publicity elsewhere.
Lawyer Mark Caruso was among those representing Albuquerque resident Josie Garcia in that case. "We confused the jury because we sued for every cause of action under the sun," said Caruso, who remains one of the busiest New Mexico lawyers in the diet drug cases. "All we have to do under New Mexico law is compare the risks of the drug to the benefit of the drug."
Garcia is appealing her case and is among plaintiffs nationwide involved in an ongoing settlement negotiation.
Caruso since has had two diet drug cases settled in Rio Arriba County for amounts that remain sealed. The cases were settled after having already gone to trial. Caruso has three multi-plaintiff lawsuits scheduled in Santa Fe during coming months, the first to begin in November. He has two more in Tierra Amarilla and one in Grants.
Vioxx cases will keep New Mexico lawyers busy, too. Caruso said he has 15 Vioxx cases that he considers to be strong from among about 250 inquiries received by his office since concerns about the drug first became known.
"It's good to see a big win come off the block," he said of the Texas case. But he said he's not aware of any grand design by lawyers to try to use Texas for boosting chances of other cases involving Vioxx.
"The first big breast implant case in the country was based in Texas. The first Vioxx case was in Texas. ... But I think in Texas, it just depends which county you file in."
Will the Texas Vioxx award affect how lawyers approach unrelated diet drug cases?
No, says Doug Petkus, a Wyeth Pharmaceuticals spokesman. "We want to resolve cases but we will try cases when we think it's appropriate," he said.
Caruso said he had urged clients even before the Vioxx judgment not to move toward settlements hastily.

David Roybal is a longtime journalist who now owns a public relations business. His column appears Sundays in the Journal Santa Fe and Journal North and Tuesdays in the Albuquerque Journal.
Posted by Unknown at 2:49 PM
Email ThisBlogThis!Share to TwitterShare to FacebookShare to Pinterest