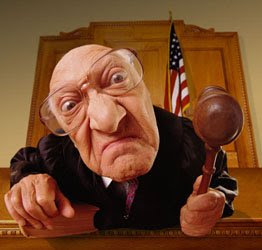 Journal Staff Writer A former judge accused of sexually harassing a woman appearing before him during a mediation has been suspended from practicing law for up to three years. The New Mexico Supreme Court on Wednesday ordered the suspension of Chris Berkheimer based on the same circumstances that led him to resign his post as a Workers Compensation Administration judge in June 2007. As cameras continued rolling after a mediation with a female claimant, Berkheimer made sexual advances on the woman. The mediation took place via videoconference in a closed conference room at the Workers Comp Administration field office in Roswell in April 2007. "After the close of the mediation with the door shut, (Berkheimer) made aggressive, inappropriate proposals of a sexual nature to (the woman), touched her inappropriately and requested that she accompany him to a bar and/or a hotel. He went with her outside the hearing room and continued to make inappropriate proposals," according to a document summarizing facts from the hearing committee. The woman's attorney, who was in Albuquerque, saw and heard the activity in the hearing room with the camera still on, according to the hearing committee's report. Berkheimer's behavior "does not meet any standard of 'decorum' in a legal proceeding," the committee report said. "(He) has expressed no remorse or responsibility for the offending behavior nor admitted any part of it." The mediation stemmed from a work-related auto accident. In Berkheimer's version of events, the woman invited him to feel the screws and hardware in her wrist. He said he accidentally hit her knee when he reached for his briefcase. "(He) did not conduct himself inappropriately at anytime whether physically or verbally," according to a document filed by Berkheimer. The state Supreme Court heard the case against Berkheimer brought by the New Mexico Disciplinary Board, which had sought his disbarment. A hearing committee chaired by former American Bar Association President Roberta Cooper Ramo had recommended Berkheimer be suspended at least two years. Joel Widman, an attorney for the disciplinary board, said the court also ordered that Berkheimer take annual sexual harassment training courses once he resumes practice. Berkheimer took inactive status with the New Mexico Bar a year ago until the disciplinary proceedings were concluded.
Posted by Unknown at 12:47 PM
Email ThisBlogThis!Share to TwitterShare to FacebookShare to Pinterest