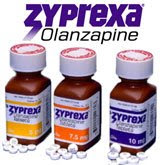 U.S. drug maker Eli Lilly is close to settling criminal and civil charges that it promoted a drug, Zyprexa, for unauthorized uses.

The company is expected to settle the claims for $1.4 billion, according to reports on Wednesday.

The company was charged with promoting the drug, an anti-psychotic, for use among children and the elderly, although it was not approved for use with those categories of patients.

For the elderly, the company promoted the drug to nursing homes to calm patients and make "nursing time and effort" easier, court documents claimed.

Court filings say Zyprexa was also promoted for use among hard-to-control children.

Among the elderly, the drug could be life threatening, increasing the risk of heart failure, sources reported. Among children, the drug's side effects of causing severe weight gain and metabolic disorders is elevated.

A company spokeswoman, Angela Sekson, declined to comment on the pending settlement. Patricia Hartman, a spokeswoman for the U.S. attorney's office for the Eastern District of Pennsylvania, the office prosecuting the case, also declined comment.
Posted by Unknown at 2:26 PM
Email ThisBlogThis!Share to TwitterShare to FacebookShare to Pinterest