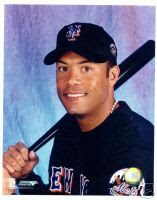 Ex-Met second baseman Roberto Alomar found his sex life made public after his former girlfriend sued him, saying he had unprotected sex with her while he was exposed to HIV and AIDS.

Ilya Dall, 31, said in her lawsuit that she lived for over three years with Alomar while he knew or should have known he was HIV-positive or suffering from AIDS. Dall, who has two children, said in court papers she had unprotected sex with Alomar repeatedly after they met in 2002 through 2005.

Dall initially filed her lawsuit last month in State Supreme Court in Queens. On Tuesday, her attorneys filed papers to move the case to federal court in Brooklyn. She is asking for $15 million in damages for what she said were the emotional and mental affects of AIDS phobia.

According to her court papers, Dall said that over the years she noticed Alomar suffer from various ailments, including oral cold sores, low platelet counts, vision problems and fatigue.

While she was with Alomar, Dall said in her court papers that he maintained that he was HIV-negative. However, in February 2006, Alomar learned he was suffering from AIDS, Dall's court papers alleged.

Dall, who lives in Whitestone, said that after learning about the AIDS diagnosis she "experienced terror and severe emotional distress" because there is no known cure for AIDS, her court papers stated.

Alomar's attorney declined to comment about the lawsuit or the health of his client.

Alomar, 41, considered one of the top second basemen in baseball history, came to the Mets in 2002 and played into 2003, when he was traded to the Chicago White Sox. He retired before the 2005 season.
Posted by Unknown at 2:17 PM
Email ThisBlogThis!Share to TwitterShare to FacebookShare to Pinterest